There then followed twenty four hours of comparative calm so far as we were concerned because the infantry had now broken through the Argenta Gap and the 6th Armoured Division had taken up the chase of what was rapidly becoming a beaten enemy. At first we had sufficient to do with frequent calls for fire but the demand faded out during the day as the battle moved out of range.

This gave me a chance to wash and dry some clothes. It is also an opportunity for me to include two incidents that happened to one of our OP officers at about this time. Supported by tanks we advanced on a farmhouse, shot it up, setting its roof on fire etc, only to find it inhabited by, I should say, a collection of Italian peasant families. Nobody seemed to have got hurt. We moved against the next farmhouse, this time without firing.

Here without a shot fired we took about twenty prisoners whose officers had not been able to enthuse to offer resistance: their grandstand view of the first operation had been sufficient. And in the last few days of the war we were counter-attacked in some strength.

I put down a lot of defensive fire and kept it going spasmodically till dawn. At which point a platoon or so of Turcomans surrendered, claiming to have been pinned down by our artillery fire. This I felt, was an impressive testimony to the efficacy of our arm but then I noticed a horse grazing with complete unconcern and apparently unscathed, and I had my doubts.

The sniper who shared my window drew my attention to a semi-comouflaged self-propelled gun pointing straight at us. This I started to engage as a Close Target; someone tried to get to it but him the sniper dealt with. Finally, after I had nearly hit it — but not nearly enough — someone got to it from behind and managed to get it away! It was a very difficult move, the roads were blocked by knocked out German tanks, some destroyed by our aircraft and the signs of our six hour barrage were everywhere.

At one time the whole area from horizon to horizon in this now undulating countryside was a scene of death and destruction with many of the enemy having been caught in the open trying to escape or find shelter.

Autocannone (Truck-mounted Guns) of the Italian Army in North Africa

Our command post was established somewhat late in the morning in a rather grand house compared with others in the area. The building formed a letter L with the short side appearing to be made up of homes for the workers. We chose a downstairs rear room in the house itself which had little in it in the way of furniture. She was most reluctant to do so and when finally I persuaded her I was quite astonished a the sheer luxury of the bedrooms of which there were five or six. Indeed it was quite obvious that there was no point in spoiling the place and I decided we could sleep on the floor of the room we had chosen for a command post.

I imagine the mistress of the house was terrified that we would loot everything in sight but she recovered and spent an hour or so with us in the evening talking to one or two of the lads who had acquired a reasonable knowledge of Italian. On April 21st we moved again, we were all feeling rather tired. The journey was quite long, and to a position somewhere north of Porto Maggiore.

We stayed there for only twenty four hours when everything had to be packed up, including of course our portable loo and off we went again not having fired a shot! We established our new position somewhere about as far north as Farrara but to the east of it.


It was here that while I was out surveying the gun position a smoke shell landed very close indeed, in fact within a couple of yards or so. It happened to be one of ours fired by another regiment to mark a bombing run for the airforce. It was obviously an odd shell that had gone wrong and had fallen a few thousand yards short and I pondered on the irony of the situation if, at this last stage of the war I had been hit by my own side!

It was also at this position, so far as I can remember, that I could have run into another little bit of trouble. Somewhat later that morning while waiting for the guns to arrive I wandered over to a nearby village that appeared to be deserted. It was some four or five hundred yards away and having established that there was nobody about I strolled out again.

Much to my surprise I ran into a platoon or perhaps two, of guardsmen crouching in the ditches on either side of the road preparing an attack.

Having recovered from my surprise I was able to tell them that the village was empty which I hope speeded up things so far as they were concerned. At hours on April 23rd we moved yet again to a position only about three and a half miles south of the River Po and it was probably in this position that F Troop of Battery fired the regiments last rounds of World War II with two direct hits on a German machine gun post. The next day we moved up close to the River Po and were amazed to discover the mass of equipment abandoned by the enemy before fleeing across the river. There were miles of trucks of all types neatly parked one behind the other at the side of the road in a quite thickly wooded area.

We had a grand time rummaging through them although we took nothing away, having enough military equipment of our own. The M13 was standardized in September , but work continued to create a more sophisticated version.

Of the various improvements to the M13, the M16 was the most successful. It used the same components but carried four machine guns instead of two. 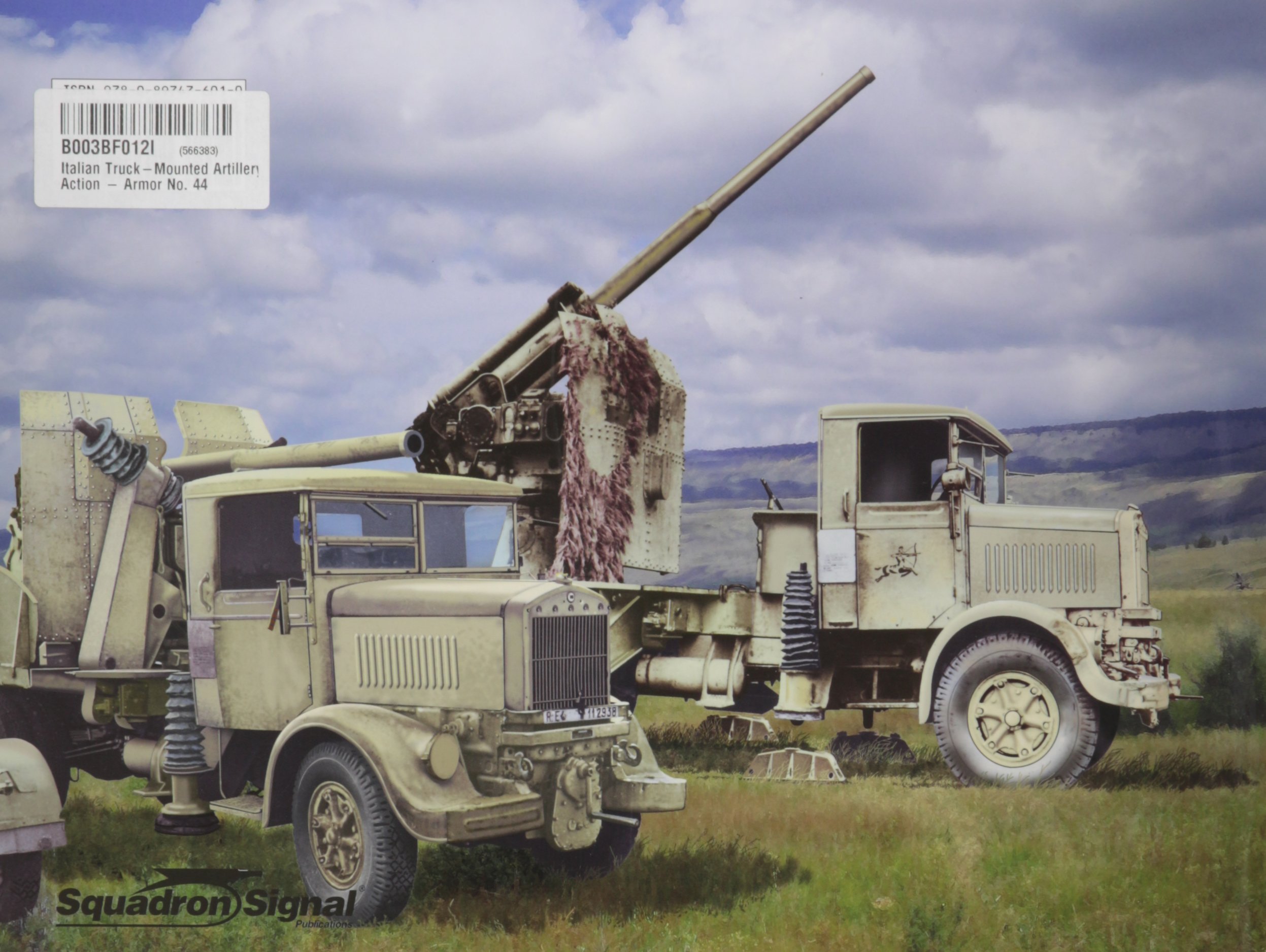 It became the standard US vehicle in this role and continued to serve into the Korean War where it was used for infantry ground support as well as anti-aircraft work. The M18 emerged from a messy design process to create a tank destroyer, during which the US General Staff repeatedly changed their specifications, sometimes on the advice of the Ordnance Department.

By the time the commissioning process was complete, the need to get the weapon into the field outstripped the need for cautious development, and the vehicles were ordered without first constructing a pilot vehicle. The M18 never lived up to its optimistic nickname, the Hellcat. Used in Europe in the final year of the war, it lacked the punch to seriously threaten German tanks.

In the post-war period they were donated to other countries as military aid, and some even saw service into the s. Early in the war the Germans realized the need for heavier firepower against tanks, prompting them to turn 88 mm anti-aircraft guns into a field weapon. As tank armor became tougher, the Americans learned the same lesson and decided to turn 90 mm anti-aircraft guns into anti-tank weapons.

Five hundred M36s were built by the end of and proved invaluable in Europe, as they were the only American vehicle with the firepower to take out Tiger and Panther tanks. Hundreds more were hastily commissioned, using whatever suitable chassis could be obtained. M36s continued in service during the Cold War, including in the Korean War and they were also distributed as military aid.